Javascript is disabled on your browser. Please enable it to improve your experience.
Advanced search
Add Lior to 'my list'Remove Lior from 'my list' 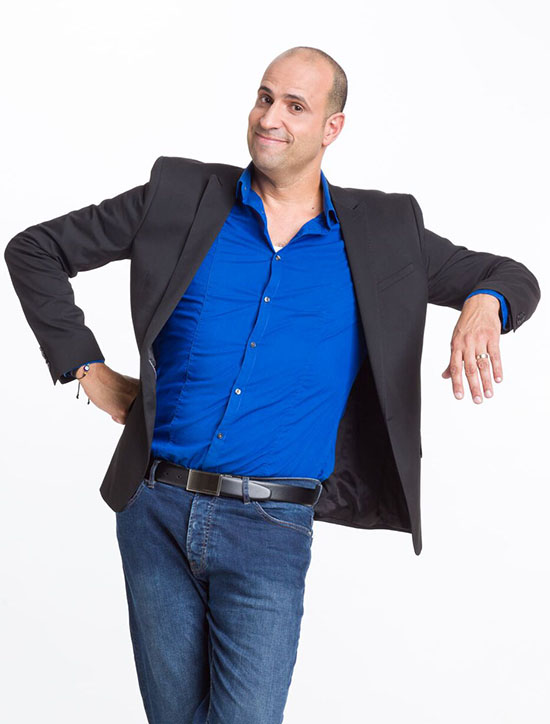 
Lior starred in one of the popular television programs
In the nineties - Comedy Store and won
In the American Green Card, there are outstanding abilities in art,
It receives only one artist each year, an artist who may contribute
World culture.

In 2001, against all odds, in Kafkaesque loneliness,
Without money and despite many difficulties, he founded the city of Prague, the capital
Czech Republic, the first three-dimensional black theater
In the world - "WOW" that goes up every day successfully
already 16 years .
That same year he was dubbed "The Donkey" in the film
The animation won the Oscars and broke the box office "Shrek" and was chosen
"The best donkey in the world," after Eddie Murphy, of course.
At the end of 2002, the Israeli Black Theater was established
With "Fantasy", "Fantasy Kids" and "The Giant and his Enchanted  garden."

In 2005 Lior went to find producers on Broadway who would invest
In his  new black theater performance. A comic show
Visual and spectacular on stage. In 10 days
(Including sleeping in the living room of friends) he recruited senior producers
Who invested $ 1 million in the show (!).

After 3 years of development and rehearsal, Glow,
The largest and most expensive show in the world with this technique reached its peak
On 10 shows the Sold Out at the legendary Sydney Opera House
Australia and enthusiastic reviews and became the first   Israeli show
on this stage.
Lior also starred in four seasons in the "Ramzor" television series.
The series broke   records and became the israeli's most beloved  series of all time
and even won the Emmy Award for the bet comic series in the world .

In 2009, the Voca People were born, 8 white musical aliens
Which became the sensation of "You Tube" with more than 50 million
Views.
The show starred in the world's largest television programs and even won
The "Off Broadway" award. Over 2 million
People (!) Have purchased tickets in 40 countries to see the
The show has become one of the most successful Israeli shows
In the world.

In 2010 Lior starred for two successful seasons in the prime
Time on Channel 2 in the game Show "Who asks you?"
He played no less than 40 characters (!) In 2016 issued by Lior
A few copies of his first book, The Golden Egg,
Modern version of the classic "Ugly Duckling" with a twist
Surprising and fascinating philosophical message.
The book was illustrated by one of the most famous Japanese artists
- Sanna No Murray.
The book was used by Lior as an inspiration for building a model for success
And realizing dreams by finding the personal golden egg
Of each and every book is based on his lecture.
The book is being published in the first edition.
That year Lior decided to move to the high-tech world, served
As a creative mentor
On Google Launchpad and volunteered for start-ups
Until he decided to start his own startup called BeePost.