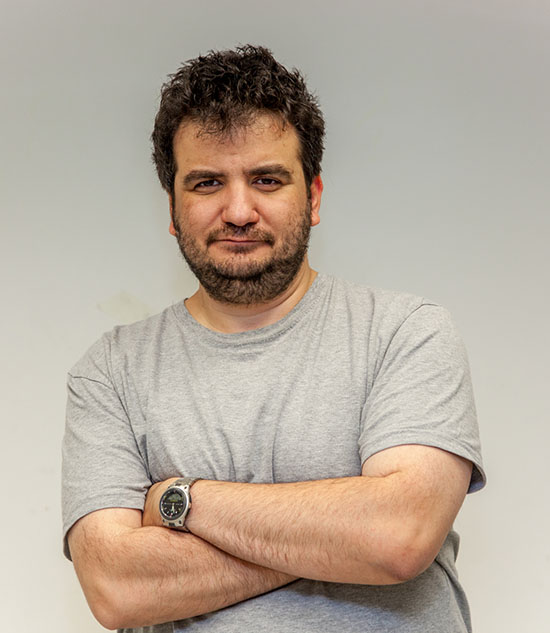 Directs, writes and plays in series, films, skits and advertisements.
Graduated with honors from the Minshar Art Academy.

A stand-up comedian and a light-night presenter on art and culture called Pieces.

"Mashiach" - the highly successful network series by Udi Kagan ("A Wonderful Country,
" "Back of the Nation") in which I played a leading role as Ziv, Mashiach's assistant.

"Pieces: Amit Itzker and Yoav Tal Cut and Paste" - a light program dealing with culture and art
that I developed with Yoav Tal. We both produce and direct it.
The program is broadcast every week on "The Spacecraft"  from the yarkon 70.

"The Woman Who Wanted to Kill a Man" - short film by
Roni Keidar (director of "Joe + Bell") produced by Etgar Keret.

"The new Omri Gordon" - television series of Ido Rosenblum and Assaf Salmon.
In the role of shoa.

"Herod Island" - a full-length film by Nelly Guy (will be released in the coming year). A main role.
Apart from these, I have done many collaborations in acting  and writing with
different creators in many short films, network sketches, features, advertisements and various campaigns.
Including Niv Magar ("Nitza and Laham"), Tal Tirangel ("Tirsekuel"), Yermi Shick Blum (the children's channel),
Ariel Weisman ("The Back of the Nation"), Microwave "and more.

The film "The Safety in Rubber" won the Minshar Art Prize for Outstanding
Film, competed in film festivals in Brazil, Romania, Germany,
Cuba and Spain (where he received an honorable mention) and was screened at a commercial
screening at the Tel Aviv Cinematheque. Purchased for worldwide distribution.

Short film "Wolfson Park" which was part of a project of the Tel Aviv Municipality
and the Rabinowitz Foundation to mark the 100th anniversary of the city of Tel Aviv.
Was screened at the Tel Aviv Cinematheque and in Paris.

A short film "My son" which was screened at the Jerusalem Festival where I received the title of
"Knight of the Fringe" and served as a single judge in the Independent Film Competition.

A documentary film "In the Morning I Will Hate Myself" about the Israeli band "The Unnecessary".

Clips: Creating and directing clips for the Israeli music channel.